The first single “Gucci” was released in the spring of 2018 followed by second single “For Life” in June. “Both tracks have already gained attention of his peers at bigger labels,” notes Monolog Recordsfounder, Dr. Jones, “so we are already looking toward collaborations during the promotion of the LP.” 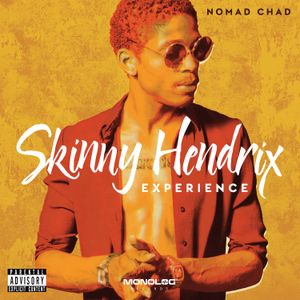 Nomad Chad’s “For Life” single is a very personal catharsis inspired by a time in his life when in cinematic fashion, a new love saved him from the impending incarceration or death- ultimately inspiring everything he is today. The overall themes of the album are very much in the same vein to the single “For Life” as it takes the listener on a journey of being one’s best self while maintaining integrity. The title, “Skinny Hendrix Experience” is a reference to Nomad Chad’s eclectic personal style and how the album aspires to be an en-masse artistic piece meaning to be consumed as a single-work versus the disparate single-to-single trend currently pervading hip-hop top 40.

Nomad Chad’s musical background includes singing in choir as a child to then learning how to play guitar and piano and eventually discovering his talent for rapping. The Chicago West-Side native honed his craft for more than a decade before being discovered by Monolog Records.